If your kid is bored with anything to do with oral health, try some of the following fun dental facts below from our [SITEWIDE}{LOCATION] dentists to engage them and pique their interest in their dental health.

1. Even ancient populations understood the importance of oral hygiene.

While ancient oral hygiene methods and practices seem rudimentary compared to those we use today, people back then had definitely figured out that there is a connection between oral hygiene and strong, healthy teeth.

Ancient people used a number of different methods for keeping their teeth clean. Some would chew tree bark or use wooden sticks with frayed ends to clean whti teeth. In Ancient Egypt, they brushed their teeth using a powder made from pulverized eggshells and ox hooves that they mixed with water.

2. The modern toothbrush was not developed until the 1700s.

A man in England named William Addis attached boar bristles to a bone handle to create the first mass-produced toothbrush.

In the 1930s, toothbrushes with bristles made from nylon and with ergonomic handles first hit the market. WHile looking back makes it seem like these are pretty simple a primitive solutions to toothbrushing, they were actually super inventive!

3. Not even the Tooth Fairy is immune to inflation.

4. North Americans use around 3 million miles of dental floss every year.

And even with that much dental floss being used, we aren't anywhere near flossing enough on average! only about one in three North American reports that they floss their teeth every day.

6. Teeth can tell us a lot about the past.

Teeth are the hardest part of any mammal, which means they are the part most often fossilized. The size, number, shape, and organization of the teeth are different in every species of mammal, making them very useful in the classification of organisms (taxonomy). Without teeth, the fossil record would be quite a lot harder to for us to understand.

7. The United States has the most cavities per person out of all the countries in the world.

On the other hand, in some countries (like China), people eat such small amounts of sugar that entire cities are completely cavity-free.

This expression originated with horses. As horses age, their gums recede, making it seem like their teeth are growing. The longer the teeth look, the older the horse.

9. Snails have teeth. Lots of them.

Snails and slugs eat with a jaw and a flexible band of thousands of microscopic teeth called a radula. The radula scrapes up, or rasps, food particles and the jaw cuts off larger pieces of food, like a leaf, to be rasped by the radula.

10. According to Louisiana law, if you bite someone with your natural teeth, it's assault, but if you bite them with dentures, it's aggravated assault.

If your kids are looking to learn more about teeth, we can definitely help with that! Contact us today to book an appointment. 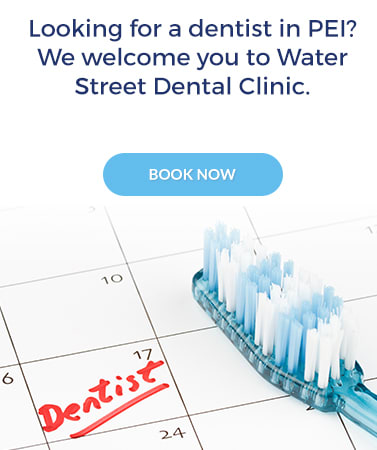 Tips From Our Team:

Tips From Our Team:

Looking for a dentist in PEI?